It takes ink to sell wax? Who knew?

From the Portland Tribune, by Paul Duchene

The upstairs room in Kyle Evans’ garage in Southeast Portland resembles a scene from the movie “Being John Malkovich.”

The Portland artist has built a 12-foot-long, but only 4-foot-high room, like the infamous 7 1/2 floor in the eccentric 1999 comedy. It’s where he stacks and photographs the abstract encaustic paintings that are his speciality. There’s a pair of knee pads by the ladder to make it easier for him. The room is cramped and hot in summer, “but I’m not worried, these paintings don’t melt until you get to 150 degrees — and that means your house is probably on fire,” the jovial artist says.

The ancient art of encaustic painting, using pigmented wax, dates at least as far as 800 B.C., when Homer referred to painted warships sailing into Troy. The best known examples from the ancient world are the life-size Fayum Portraits, named for the Egyptian oasis around which people were buried. The head-and-shoulder portraits were painted while people were alive, then set into their mummy casings after they died. The extraordinary lifelike paintings represent an influx of Greek culture and replaced ritualistic Egyptian art.

The complicated creation of encaustic paintings addresses another of Evans’ interests: He began as a sculptor at the University of Oregon in 1981 on his way to a journalism degree. Later, the pressures of radio and advertising took their toll, and one day his doctor told him, “You know what would make you better? Quit your job.” So Evans went to art school at Portland State University in 1994, studied painting under the tutledge of Jack Portland and made the shift from sculpture. He later learned encaustic painting’ he’s been using the technique for several years now.

Working on birch panels, Evans first seals them with his own recipe of gesso, a mix of hide glue and chalk. Then he applies paint and melts beeswax over the top, mixing it with damar crystals (a dried tree resin) and Venice turpentine (a solvent). “I had a hard time finding Venice turpentine until I discovered it’s used on horse’s hooves,” he says (it makes both hooves and artwork harder).

Once the wax is set on the paint, Evans can apply a heat lamp, which melts it and also causes the paint underneath to mix and fuse with it. “Some paints rise and others melt away,” he says, demonstrating the technique on a work in progress. Finally, burnishing the surface with a sheepskin often brightens up the colors and clears the wax to create the effect of depth.

The contemporary Galerie Gora in Montreal found Evans’ work on his web site, www.evansfineart.com, contacted him and arranged to hold an exhibition in the fall. He sent them slides, and they chose 20 paintings. Next, he’ll be one of the artists whose work will be shown in March at the Jacob K. Javits Convention Center in New York, and Galerie Gora is negotiating for European shows and one in Japan.

A work he did about the World Trade Center bombings looks like a piece of black mesh overlaid with colors. He points out that it’s actually graphite with 3,173 slots carved out of it — one for each person who died in the terrorist attacks. The painter donated one of his biggest recent works, “Stream of Consciousness,” for the Parry Center for Children fundraising auction in February.

Encaustic beeswax artist Kyle Evans has agreed to provide orginal encaustic paintings for use as labels for the new release of Kyra Wines Pinot Gris and Pinot Noir.

Portland, OR (PRWEB) March 17, 2006 — Encaustic artist Kyle Evans has just signed on to provide the images for Kyra Wines new release pinot noir and pinot gris. Produced in Washington’s Columbia Valley these new releases from Kyra Wines will feature Evans encaustic originals as their theme. “They’ve agreed to use the image from ‘Adrift Upon the Poppies’ for the pinot gris label and the pinot noir will feature a painting titled ‘Solar Evaporation.’ It’s pretty exciting. I’ve spent a lot a time with wine bottles, but this is the first time my work will be on the label” Evans says with a laugh. The Kyra Wines releases should begin appearing in stores in April. Prints of Evans’ label paintings are available on-line at evansfineart.com # # # 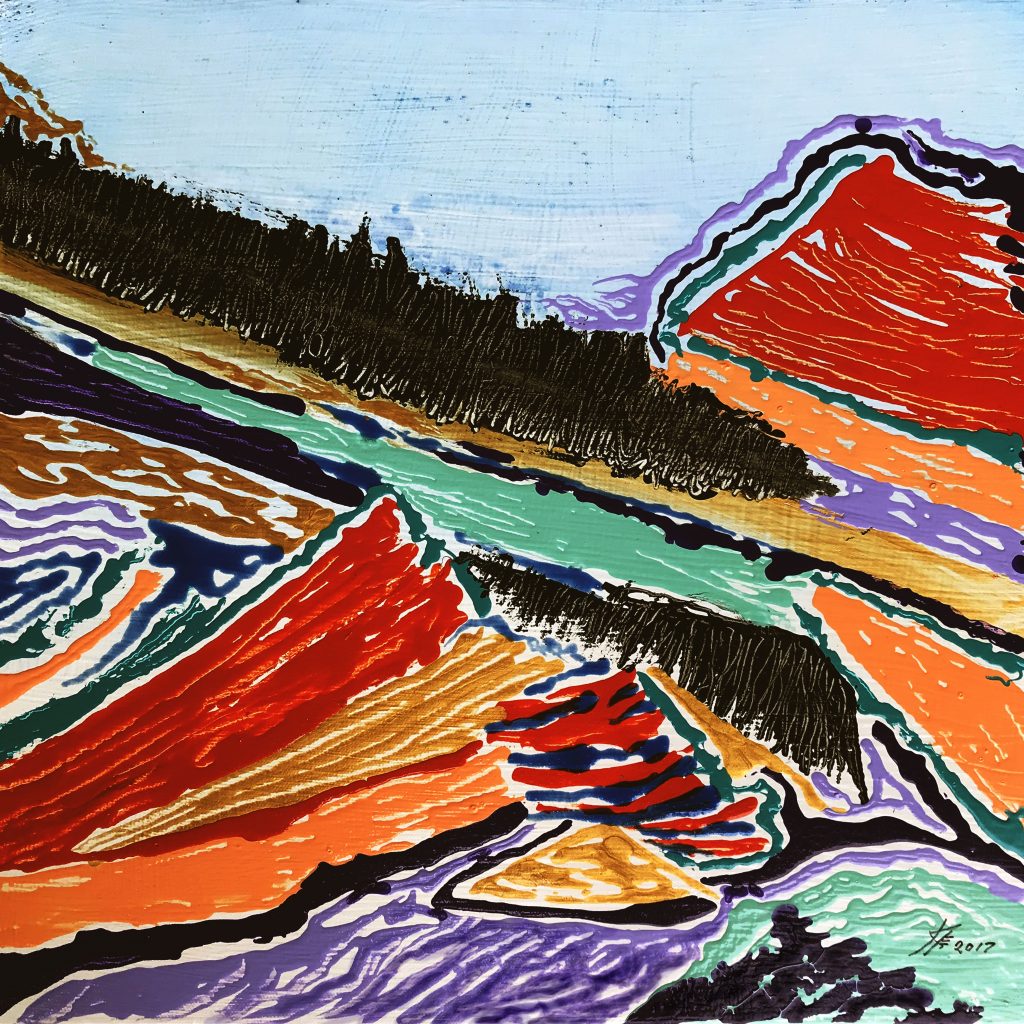 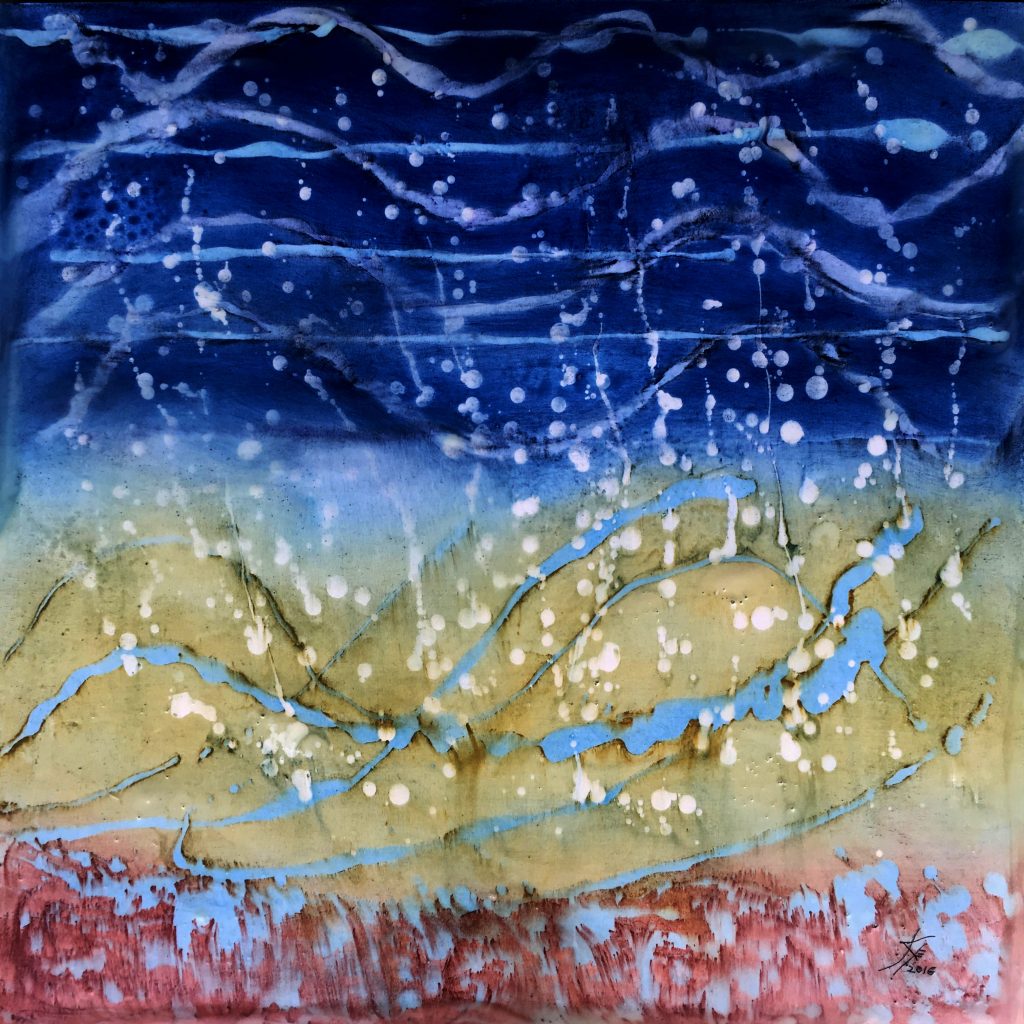 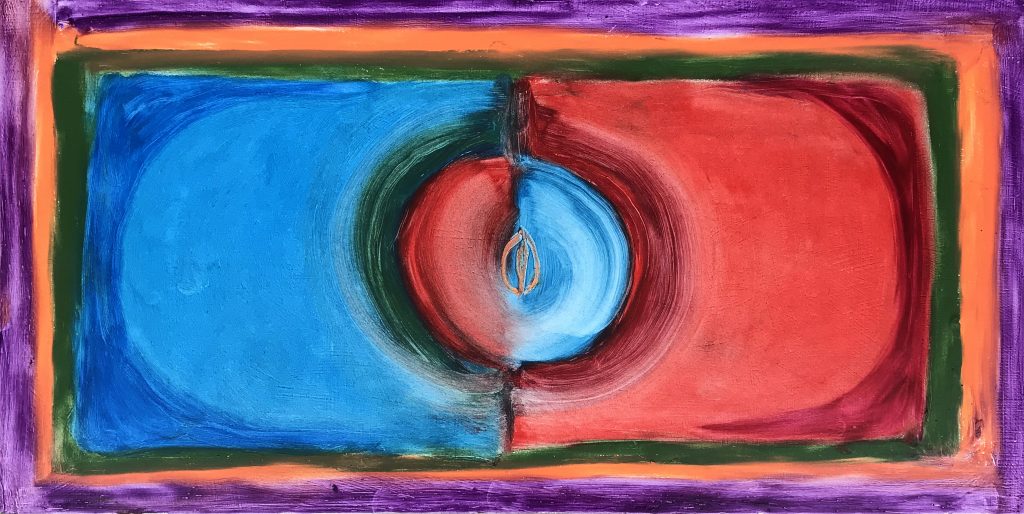 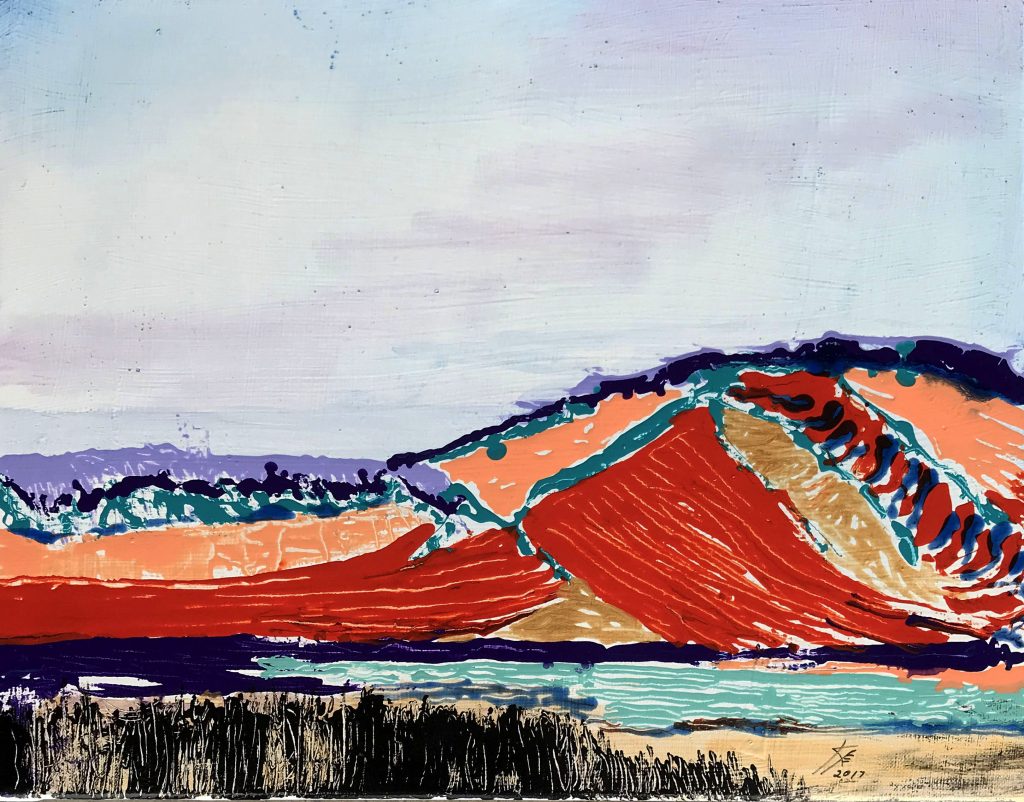 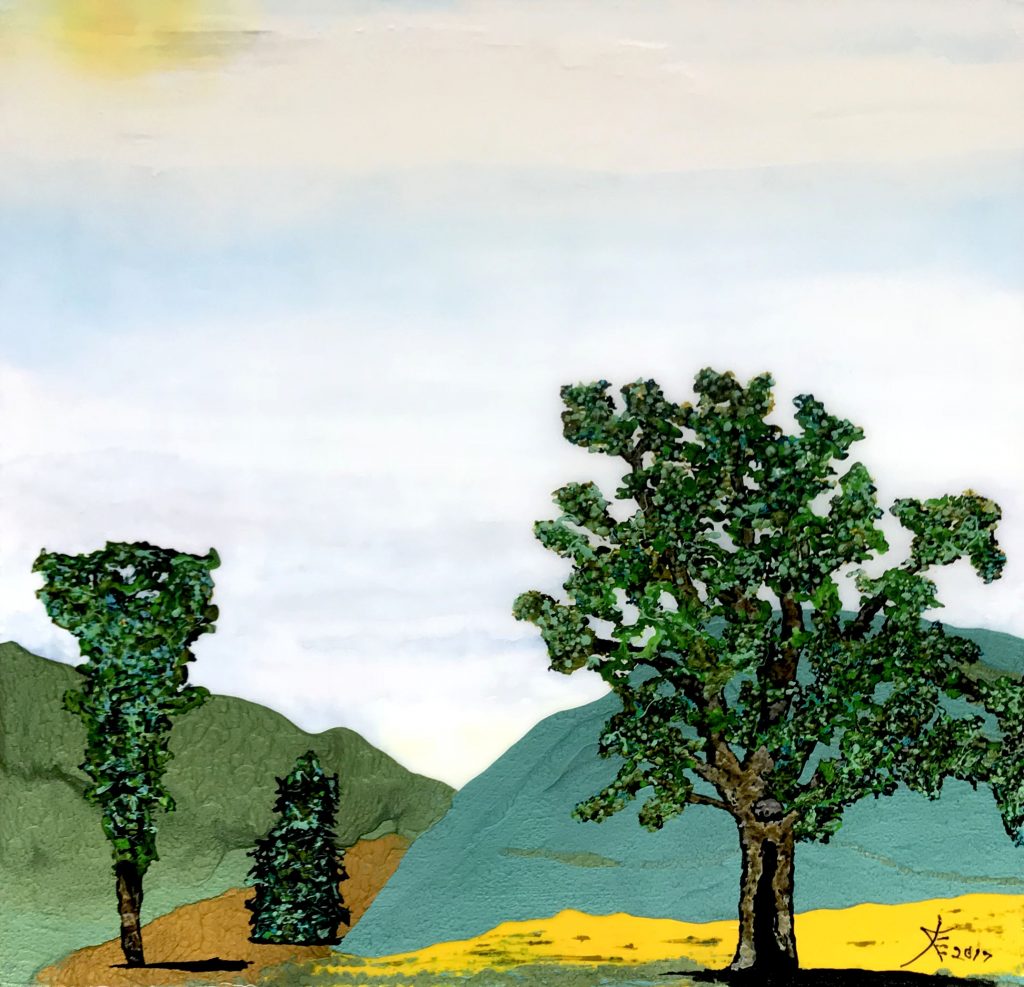 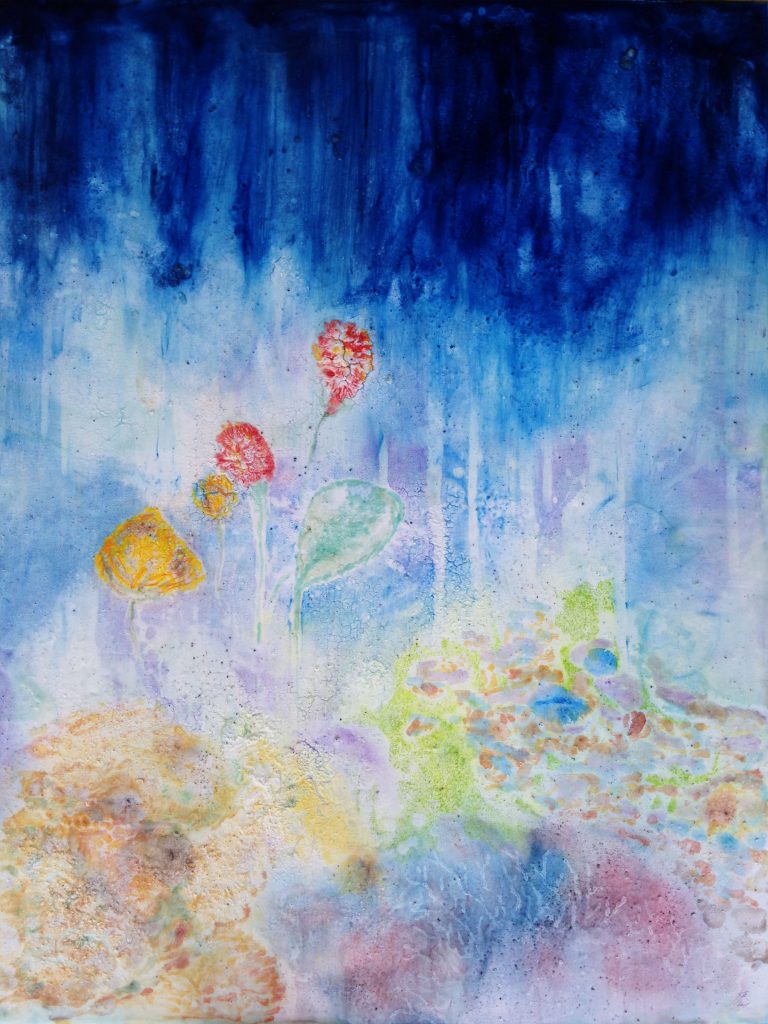 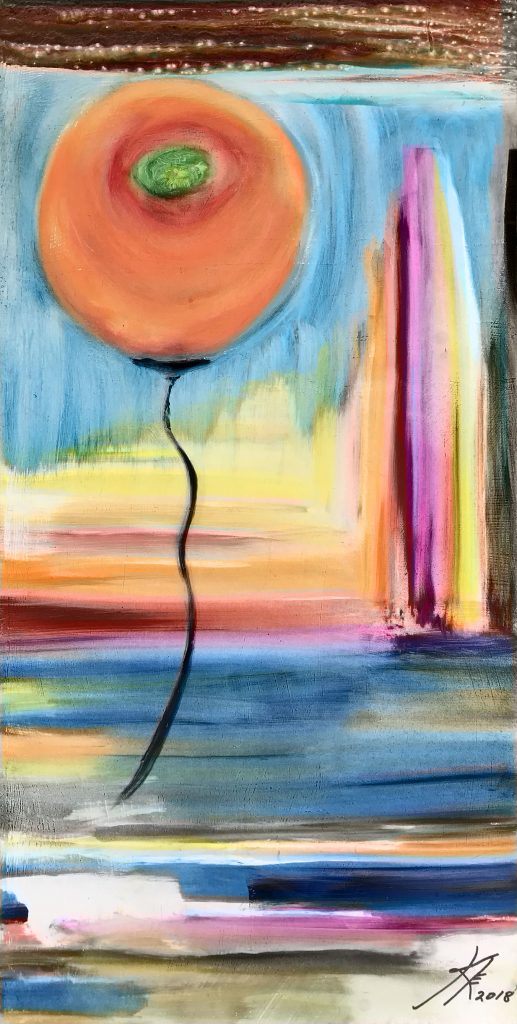